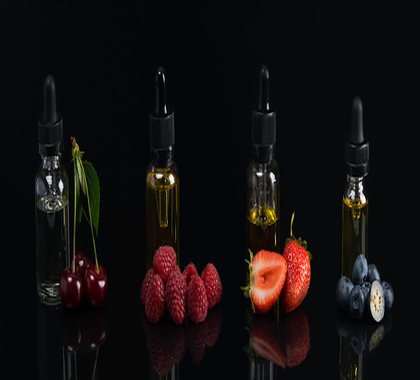 Like many lawmakers throughout the country, legislators in Minnesota are seeking to reduce youth e-cigarette use by banning the sale of flavors in e-cigarettes and all tobacco products. HF 3032 would ban the sale of “any tobacco, tobacco-related device, electronic nicotine delivery device … that imparts a taste or smell, other than the taste or smell of tobacco.” Banned flavors include, but are not limited to, “chocolate, cocoa, fruit, honey, menthol, mint, vanilla, wintergreen, or any candy, dessert, alcoholic beverage, herb, or spice.” Under the bill, flavored cigars and cigarettes would be banned as well.

Although the sponsor of the legislation points to a so-called “public health epidemic of injury in addition to addiction,” as the reasoning for the ban, it is imperative that lawmakers understand recent vaping-related lung injuries have been overwhelmingly linked to the use of vapor products containing tetrahydrocannabinol (THC), a fact that The Heartland Institute first pointed out in August 2019. Moreover, claims of a vaping epidemic among youth are overblown and exaggerated, and often, youth are not using e-cigarettes because of flavors.

In this Policy Tip Sheet, the Heartland Institute shows empty packaging of a popular THC vape brand on Amazon and eBay, as well as empty cartridges, which can be filled with any illicit substance. YouTube even offers videos on how to make THC oil that can be used in a vaping device. In December 2019, the Centers for Disease Control and Prevention noted that 56 percent of patients with a vaping-related lung injury who had used THC cited using the same illicit THC vape brand.

As of December 30, 2019, the Minnesota Department of Health (MDH) has reported 141 confirmed or probable cases of vaping-associated lung illnesses, including three deaths. The state’s first death was reported September 6, 2019, with the patient over the age of 65 years-old and had vaped “illicit THC products.” MDH reported the additional two deaths on October 16, 2019, noting both patients were over the age of 50 and one had vaped “illegal THC,” and the other was “believed to have vaped unknown products in addition to nicotine.” These illegal vaping products are rampant in the Gopher State. In September 2019, Minnesota police seized more than 75,000 illicit THC cartridges, worth an estimated $4 million. The suspect apparently sold the products using Snapchat.

Moreover, banning the sale of flavored vapor products would devastate a million-dollar industry in the Gopher State. According to the Vapor Technology Association, in 2018, the industry created 1,152 direct vaping-related jobs, including manufacturing, retail, and wholesale jobs in Minnesota, which generated $44 million in wages alone. Moreover, the industry has created hundreds of secondary jobs in the Gopher State, bringing the total economic impact in 2018 to $336,366,200. In the same year, Minnesota received more than $20 million in state taxes attributable to the vaping industry. These figures do not include sales in convenience stores, which sell vapor products including disposables and prefilled cartridges. In 2016, average sales of these products eclipsed $2.6 million in Minnesota.

Rather than imposing bans that will vaporize tobacco harm reduction, Minnesota lawmakers should invest more of existing tobacco monies into tobacco control programs, including education and prevention. Although there is not an epidemic of Minnesota youth using e-cigarettes, a larger share of existing monies should be allocated to programs that can eliminate youth use of both vapor and tobacco products.