The Heartland Institute is one of the world’s leading free-market think tanks. It is a national nonprofit research and education organization based in Arlington Heights, Illinois. Its mission since its founding in 1984 is to discover, develop, and promote free-market solutions to social and economic problems.

We are an “action tank” as well as a “think tank,” and we measure our success by the impact we have in the real world. The Heartland Institute plays an essential role in the national (and increasingly in the international) movement for personal liberty and limited government. We are the pipeline between the freedom movement’s leading writers and thinkers and the nation’s 8,400 national and state elected officials.

Because we are effective, we have been the subject of unfair criticism and even libel by various liberal advocacy groups, elected officials, and even Wikipedia. Please see the “Reply to Our Critics” page where we answer our critics and set the record straight. We hope you will defend us, when you can, in the comments fields of websites that defame us and in conversations with friends and colleagues.

A full-time staff of 24 works with a 10-member Board of Directors, some 2,000 donors, some 500 academics and professional economists who serve as Policy Advisors, a dozen senior fellows, and more than 300 elected officials who pay dues to serve on our Legislative Forum. The Heartland Institute is a nonprofit organization recognized as a tax-exempt charity under Section 501(c)(3) of the Internal Revenue Code.

In 2019, Heartland spokespersons appeared in print and on television or radio 4,849 times with a combined print circulation of 185 million. Heartland’s podcasts were downloaded 5 million times, and our YouTube videos were viewed 2.6 million times.

Heartland has hosted 14 International Conferences on Climate Change and two America First Energy Conferences since 2008 attended by more than 5,000 people.

The Heartland Institute is endorsed by  some of the top scholars, thinkers, and politicians in the world – including many members of congress and state elected officials and the leaders of other conservative and libertarian think tanks such as Americans for Tax Reform’s Grover Norquist, The Leadership Institute’s Morton Blackwell, The Heritage Foundation’s Jim DeMint, and many more.

Join a group of men and women dedicated to discovering, developing, and promoting free-market solutions to social and economic problems and fighting for more freedom and less government!

Are you a conservative or libertarian considering a career in the free-market movement? Do you want to spend 10 weeks working side-by-side with others who share your interests, learning new skills and making contacts that can launch your career? Being an intern at The Heartland Institute is the right choice for you!

Your time is worth more to us than your money! Seriously, please consider donating your time as a Heartland volunteer. You can work from home or come to our beautiful new offices in Arlington Heights, Illinois.

History of The Heartland Institute

A detailed history of The Heartland Institute can be found here. In 2005, Heartland Institute President Joseph Bast wrote a two-part history of Heartland. They can be found here and here. Two videos also have been produce telling the story of Heartland’s founding and growth over the years. The first video, below, was created in 2009 to celebrate Heartland’s 25th anniversary, and the second video, also below, captures a presentation in 2016 by Joseph Bast on the organization’s founding, mission, and programs.

The Heartland Liberty Prize is an award given to persons who have made outstanding contributions to the cause of freedom and deserve recognition. The prize dates back to 1994, when it was given to Walter Williams and John Stossel at The Heartland Institute’s tenth anniversary benefit dinner. 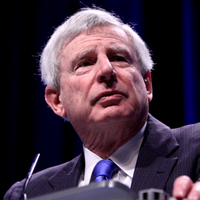 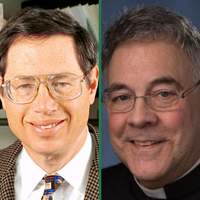 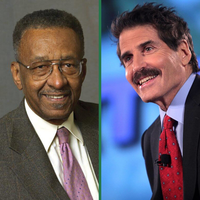