National Spokesman, Cornwall Alliance for the Stewardship of Creation

Dr. E. Calvin Beisner, an interdisciplinary scholar specializing in the application of Biblical world view, theology, and ethics to economics, environmental stewardship, political philosophy, public policy, and apologetics, is Founder and National Spokesman of the Cornwall Alliance for the Stewardship of Creation. He is also a policy advisor to The Heartland Institute.

The Cornwall Alliance is a network of theologians, pastors, other ministry leaders, scientists, economists, other scholars, and policy experts committed to applying Biblical principles to the twin challenges of economic development for the very poor around the world and wise Earth stewardship.

He has testified as an expert witness on the theology, ethics, science, and economics of climate change policy before the U.S. Senate Environment and Public Works Committee and the Energy and Environment Subcommittee of the U.S. House of Representatives Committee on Energy and Commerce; briefed the White House Council on Environmental Policy; delivered a paper on the ethics of climate policy at a conference at the Vatican sponsored by the Pontifical Council for Justice and Peace; and spoken for multiple International Conferences on Climate Change sponsored by the Heartland Institute, and at colleges, churches, and other venues. At 2014’s Ninth International Conference on Climate Change, the Heritage Foundation gave him the “Outstanding Spokesman on Faith, Science, and Stewardship Award.”

For the Cornwall Alliance, Dr. Beisner is the principal author of An Open Letter to Pope Francis on Climate Change(2015), which was endorsed by numerous scientists, economists, theologians, ethicists, and other scholars; is the general editor and a contributing author and reviewer of the Cornwall Alliance’s A Call to Truth, Prudence, and Protection of the Poor 2014: The Case against Harmful Climate Policies Gets Stronger and the primary author of a declaration based on it, Protect the Poor: Ten Reasons to Oppose Harmful Climate Change Policies; of A Renewed Call to Truth, Prudence, and Protection of the Poor: An Evangelical Examination of the Theology, Science, and Economics of Global Warming (2009), and of The Cornwall Stewardship Agenda (2007); author of An Evangelical Declaration on Global Warming (2009); and co-author, with climatologist Roy Spencer, environmental economist Ross McKitrick, and energy analyst and ethicist Paul Driessen, of A Call to Truth, Prudence, and Protection of the Poor: An Evangelical Response to Global Warming, a technical paper released in July 2006 by the Interfaith Stewardship Alliance (now Cornwall Alliance). He is editor of the Cornwall Alliance’s electronic newsletter on environmental science, economics, theology, ethics, and policy. He also wrote a monograph, What Is the Most Important  Environmental Task Facing American Christians Today?, published in 2008 by the Institute on Religion and Democracy and enlarged and updated by the Cornwall Alliance in 2014.

He is a former associate professor (2000-2008) of historical theology and social ethics at Knox Theological Seminary, where he taught church history, ethics, apologetics, logic, systematic theology, and non-Christian religions. Before Knox he taught for eight years at Covenant College (1992-2000) as associate professor of interdisciplinary studies in economics, government, and public policy. He served as an elder and on the pastoral staff of Holy Trinity Presbyterian Church (OPC) in Ft. Lauderdale, FL, which he helped plant. He has also been a newspaper reporter, editor, and publisher, and is a former editor of Discipleship Journal.

Dr. Beisner is an adjunct fellow of the Acton Institute for the Study of Religion and Liberty; an adjunct scholar of the Committee For a Constructive Tomorrow; a fellow of the Institute on Religion and Democracy; and a member of the advisory board of the Templeton Freedom Awards program of the Atlas Economic Research Foundation.

Dr. Beisner is a frequent radio talk show guest on such nationally syndicated programs as Janet Parshall’s In the Market (Moody Radio), Bryan Fischer’s Focal Point (American Family Radio), and several Salem Radio Network programs. He has written 11 books and more than two hundred articles and book reviews, many contributions to books, and many unpublished lectures and papers, technical and popular.

His most recently published books are The Auburn Avenue Theology, Pros & Cons: Debating the Federal Vision, a collection of papers defending and criticizing a controversial movement in Reformed, covenantal theology, which he edited and for which he wrote the introduction and conclusion after moderating the colloquium at which the papers were discussed (Ft. Lauderdale, FL: Knox Theological Seminary, 2004); “Jesus Only” Churches, a volume in the Zondervan Guide to Cults and Religious Movements (Grand Rapids, MI: Zondervan, 1998); Where Garden Meets Wilderness: Evangelical Entry Into the Environmental Debate, a critique of the evangelical environmental movement’s theology, ethics, political philosophy, and science (Grand Rapids: Eerdmans/Acton Institute, 1997); Evangelical Heathenism: Examining Contemporary Revivalism (Moscow, ID: Canon Press, 1996); Man, Economy, and Environment in Biblical Perspective (Canon Press, 1994); Psalms of Promise: Celebrating the Majesty and Faithfulness of God, 2d rev. ed. (Phillipsburg, NJ: Presbyterian & Reformed, 1994); Answers: For Atheists, Agnostics, and Other Thoughtful Skeptics-Dialogs About Christian Faith and Life, 2d rev. ed. (Wheaton, IL: Crossway Books, 1993, published also in Russian, Estonian, Lithuanian, and Korean); Prospects for Growth: A Biblical View of Population, Resources, and the Future (Crossway Books, 1990), and Prosperity and Poverty: The Compassionate Use of Resources in a World of Scarcity (Crossway Books, 1988; Wipf & Stock, 2002). He was a contributing editor (on economics and ethics) to The Word in Life Study Bible and has contributed chapters to thirty other books. Some of his book contributions include a chapter refuting the charge that capitalism is bad for the environment in a forthcoming book from the Institute for Faith, Work, and Economics; “The Character of the Good Apologist,” in Reasons for Faith: Making the Case for the Christian Faith, edited by Norman L. Geisler and Chad V. Meister (Crossway, 2007); and “Covenant, Inheritance, and Typology,” co-authored with R. Fowler White, in By Faith Alone: Answering the Challenges to Justification, edited by Gary Johnson and Guy Waters (Crossway Books, 2007). 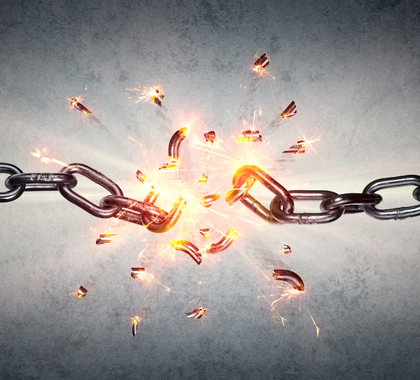 Is Climate Alarmist Consensus About to Shatter? 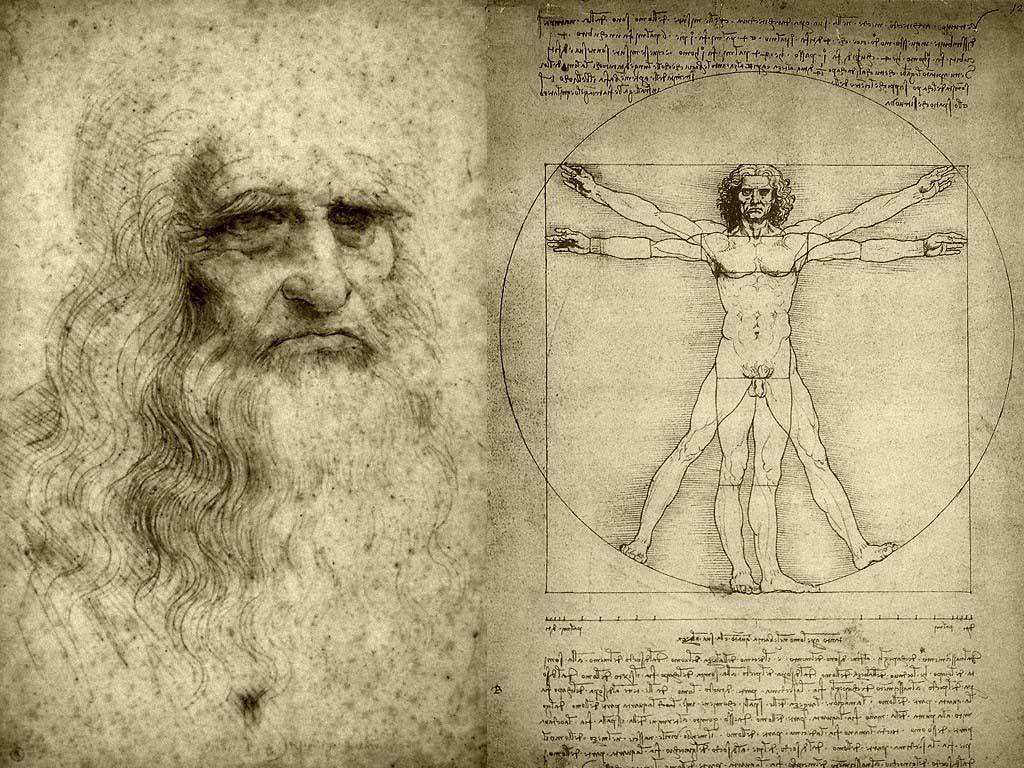 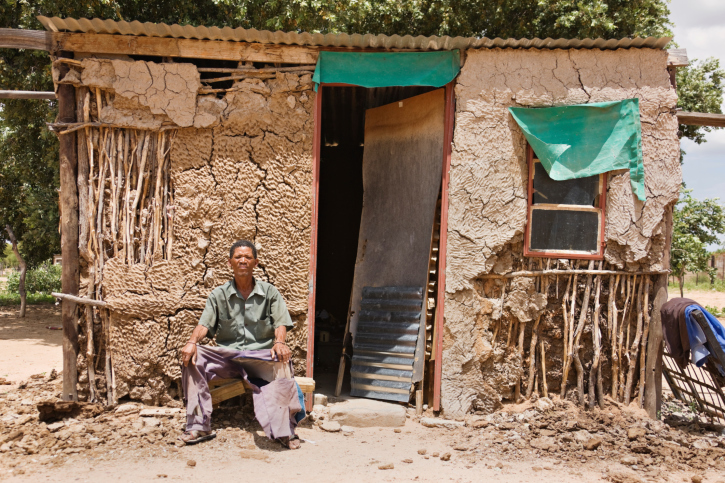