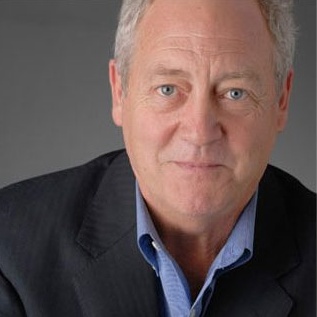 Dr. Moore is a co-founder of Greenpeace and served for nine years as President of Greenpeace Canada and seven years as a Director of Greenpeace International. As the leader of many campaigns Dr. Moore was a driving force shaping policy and direction for 15 years while Greenpeace became the world’s largest environmental activist organization.

In recent years, Dr. Moore has been focused on the promotion of sustainability and consensus building among competing concerns. He was a member of British Columbia government-appointed Round Table on the Environment and Economy from 1990 – 1994. In 1990, Dr. Moore founded and chaired the BC Carbon Project, a group that worked to develop a common understanding of climate change.

Dr. Moore served for four years as Vice President, Environment for Waterfurnace International, a manufacturer of geothermal heat pumps for residential heating and cooling with renewable earth energy. He also served as Vice-President, Industry and Government Affairs for NextEnergy Geothermal, the largest distributor of geothermal systems in Canada.

In 2010, Dr. Moore published Trees are the Answer, a photo-book that provides a new insight into how forests work and how they can play a powerful role in solving many of our current environmental problems. In 2013 he published Confessions of a Greenpeace Dropout – The Making of a Sensible Environmentalist, which documents his 15 years with Greenpeace and outlines his vision for a sustainable future.

From 2000-2012 he served as Chair and Chief Scientist of Greenspirit Strategies, a consultancy focusing on environmental policy and communications in forestry, agriculture, fisheries and aquaculture, mining, biodiversity, energy and climate change.

From 2006-2012 he served as co-Chair of the Clean and Safe Energy Coalition, a US-based advocacy mission to build public support for more nuclear energy plants to provide electricity.

In 2013 Dr. Moore, with his brother Michael and other family members, founded the Allow Golden Rice Society, a non-profit organization dedicated to seeing Golden Rice approved for commercial agriculture. 250 million children, mainly in the tropical countries, are deficient in vitamin A and as a result 2 million die each year. The Allow Golden Rice Now! Campaign demands that Greenpeace and their allies discontinue their campaign of opposition to Golden Rice, which could eliminate vitamin A deficiency if cultivated and consumed.

In 2014 Dr. Moore was appointed Chair of Environmental Studies at the Frontier Centre for Public Policy. Dr. Moore is an independent ecologist/environmentalist with Ecosense Environmental Inc., a director at the CO2 Coalition and a senior fellow at The Heartland Institute.

Confessions of a Greenpeace Dropout, Las Vegas, July 8, 2014 at ICCC9.

Patrick Moore for Prager University: ‘What they Haven’t Told You About Climate Change’ Why Coral Reefs and Shellfish Will Not Die From ‘Ocean Acidification’