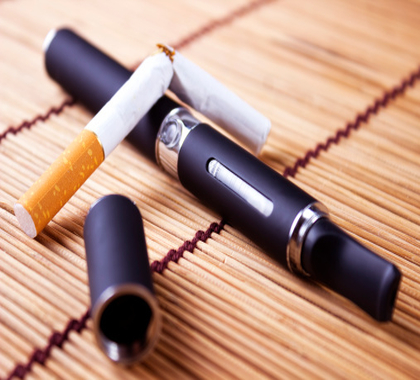 Virginia Lawmakers are considering an amendment to the 2020 State Budget Bill that would increase the excise tax rates on cigarettes and other tobacco products, as well as enact a new excise tax on electronic cigarettes and vapor products.

The amendment would increase the tax rate on cigarettes from $0.30 per pack to $0.60 per pack. The legislation would also double the tax on other tobacco products, including moist snuff and loose leaf. Finally, the amendment would apply a new tax to components of vapor products, and would tax nicotine-containing e-liquid at a rate of $0.066 per fluid milliliter. The funds generated by the tax would be deposited to the Virginia Health Care Fund.

Although lawmakers are seeking to recoup costs attributable to smoking-related health issues, excise taxes on tobacco products are inherently regressive. Moreover, as e-cigarettes and vapor products are tobacco harm reduction tools, lawmakers should avoid taxing such products as it may deter current smokers from switching to a safer alternative.

Cigarette taxes are highly regressive and disproportionately impact lower-income persons. A Cato Journal article found from “2010 to 2011, smokers earning less than $30,000 per year spent 14.2 percent of their household income on cigarettes.” Smokers who earned $30,000 to $59,999 spent 4.3 percent, and those earning more than $60,000 spent just 2 percent of their income on cigarettes.

Further, cigarette taxes are unreliable sources of revenue. The National Taxpayers Union Foundation found from 2001 to 2011, “revenue projections were met in only 29 of 101 cases where cigarette/tobacco taxes were increased.” Pew Charitable Trusts revealed a decline in cigarette consumption caused cigarette tax revenue “to drop by an average of about 1 percent across all states from 2008 to 2016.”

Ironically, funds generated by the proposed tax would be deposited into the Virginia Health Care Fund, which, in 2018, diverted the funds to the Commonwealth’s Medicaid program. Virginia lawmakers should be aware that the use of e-cigarettes can actually help reduce the Old Dominion State’s Medicaid burden.

For example, State Budget Solutions estimated Medicaid savings could have amounted to $48 billion in 2012 had smokers enrolled in Medicaid switched to e-cigarettes. In 2017, the R Street Institute analyzed the effects of “1% of smokers [within] demographic groups permanently switching.” Applying the analysis to Medicaid recipients, the R Street author estimated savings “will be approximately $2.8 billion per 1 percent of [Medicaid] enrollees” over the next 25 years.

Although lawmakers may feel that a tax of $0.066 is relatively low, later-generation open-system “mods” are disproportionately affected as the e-liquid used in these types of products is often in large quantities compared to closed, cartridge systems. For example, a $0.066 tax on a 120-milligram bottle of nicotine-containing e-liquid would amount to a total tax of $7.92, but a pod system containing 0.5 milligram of nicotine would only be subject to a $0.033 tax per pod.

Further, lawmakers should understand that consumers can avoid the tax by adding their own nicotine to e-liquid solutions. One company that sells a “concentrated nicotine additive” advertises its product by stating “Don’t lose business because of outrageous nicotine taxes.” In essence, an adult consumer can purchase e-liquids with zero nicotine and only pay a tax on a 1 milliliter packet used in any size of e-liquid. Due to federal regulations, vape shop owners are forbidden from helping a customer mix these, and there could be problems associated with consumers’ lack of knowledge of how to properly mix the correct amount of nicotine.

Lawmakers should refrain from relying on regressive cigarette taxes that disproportionately burden lower income persons. Further, policymakers should avoid taxing tobacco harm reduction products, especially when intending to use the tax generated to fund health care programs. Evidence continues to find these products are significantly less harmful and their use should be promoted, not taxed.