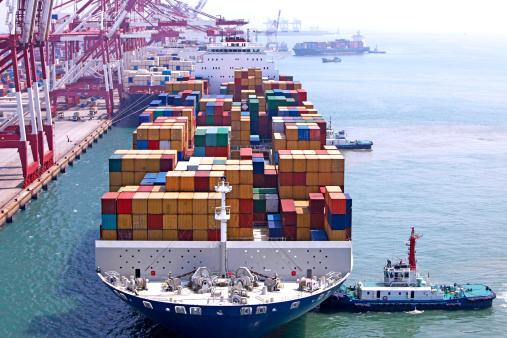 The prissy and pompous protectors of the Earth have, like bureaucratic pirates, infiltrated the decks and engine rooms of the world’s ships. These humorless empty suits wave not the Jolly Roger, but the flag of contrived pseudo science. No matter that the globe isn’t warming, they are busy creating hell on earth in the form of an inferno of regulations.

To the obsessed environmentalist landlubbers, the romance of the sea is a waste of energy and a source of carbon pollution.

The International Maritime Organization, the IMO, is an important United Nations body that greatly affects world trade and the shipping industry. Traditionally, the IMO concerned itself with such things as how many lifeboats a ship should have. Now the IMO, infiltrated by environmental extremism, has jumped on the global warming bandwagon and is regulating CO2 emissions of ships. The regulations will increasingly restrict the amount of CO2 ships can emit. The bureaucrats of the IMO and their advisors apparently think that politically fashionable global warming theories trump economic reality about how the shipping industry should be run and how ships should be built.

Why does the IMO think that the shipping industry won’t be thrifty about using fuel without oppressive regulation? A large ship burns thousands of dollars of fuel per hour. It is in the interest of the industry to use fuel parsimoniously and thus emit CO2 parsimoniously.

Consider one of the longest ships in the world, the container ship the Emma Maersk:

“Running at her rated 80 Mw [megawatts], her main engines burn 14 tons of residual fuel each hour. Annually, that’s 97,400 tons of fuel. Her auxiliaries, delivering their full 30 Mw, burn an additional 6.6 tons/hour, for a total fuel burn of 20.6 tons/hour. Given 290 steaming days/year (80% capacity factor, which is conservative), this yields a total annual usage of 143,400 tons or about $64.5 million in annual fuel costs.”

The Emma Maersk steams at a maximum speed of 29 miles per hour. The smaller but faster Maersk Boston Class ships can steam at a maximum speed of 33 miles per hour even though they are 25% shorter and carry 1/3 as many containers. Normally a ship that is 25% shorter would be expected to be about 12% slower. This faster performance is achieved by installing oversize engines for the size of the ship. The IMO regulations will effectively outlaw intermediate-sized fast container ships such as the Boston Class ships. Yet, there may be an important market for smaller ships that can go fast, 33 miles per hour rather than 25 miles per hour, by using CO2-emitting oversized engines.

Ironically it is not clear, even by the dubious theories of global warming promoters, that ships contribute to global warming. The reason is that the exhaust from the ships is effective in forming large and long lasting clouds know as ship tracks. These clouds reflect sunlight and cool the Earth, countering the theoretical warming effect of CO2.

According to a scientist who has studied ship tracks and acted as an advisor to the IMO:

The IMO’s own global warming study demonstrates that shipping does not create global warming, shipping prevents global warming, because ship emissions create reflective clouds that create more cooling than the warming effect of CO2. Admittedly these calculations are based on very sketchy science, biased by quasi-religious belief in global warming, and the science is probably wrong. But that is the science they are using. Of course, they might claim that reduction of ship CO2 emissions has a bad effect on global warming now, but that in 50 or 100 years their program might make things better than they otherwise would be. The beauty of such a claim is that the scientist that makes the claim will be safely dead before he is proven wrong. The shrill pronouncements of the global warming believers are not good grounds for turning the economics of the shipping industry upside down.

The IMO measures the CO2 emissions of ships by the number of grams of CO2 emitted to move one metric ton of cargo one nautical mile. This index is called the Energy Efficiency Design Index (EEDI). Larger ships are intrinsically more efficient so the mandated improvements in the index are weighted by the size of the ships. The range of the permitted EEDI index is between about 20 and 40 grams of CO2. The EEDI for sending cargo by air is about 900 grams of CO2. Air cargo generates 25 to 50 times more CO2 than ship cargo.

At the margin, higher ship speeds are very expensive in terms of power and fuel consumption. Ship fuel consumption varies dramatically as speed increases. At slow speeds drag is proportional to the wetted area of the hull and proportional to the square of the speed. This yields fuel consumption per mile that increases linearly with speed. But as speed increases, the ship enters a regime where wave-making resistance becomes important. The ship essentially ends up fighting waves of its own making. Longer ships have an advantage because wave-making resistance becomes important at a speed proportional to the square root of the ship’s length. Thus a 1200-foot-long ship, other things equal, will steam twice as fast as a 300-foot-long ship.

When wave making becomes important, increasing speed may require disproportionate additions of power. For example, doubling fuel consumption may increase speed by only 20% in a container ship operating near the margins. Fast ferries that are 400 feet long and travel at 40 miles per hour require engines more powerful than comparatively huge ships that steam at 30 miles per hour. The ferries have to overcome their comparatively short length and are pushing very hard into the wave-making regime.

Such high-speed ferries have a very high EEDI index. Yet, there is a market and a need for the fast ferry with huge engines. It is important to customers that they can cross a body of water in 2 hours rather than 4 hours and they are willing to pay more for the privilege.

An example of a fast ferry is the 415 foot long Benchijigua Express, a ship capable of 48 miles per hour that operates in the Canary Islands. It can be quickly loaded in 30 minutes with hundreds of cars and more than 1,000 passengers. At maximum speed the EEDI index is about 700, fuel consumption is comparable to cargo aircraft. In actual commercial operation it runs somewhat slower than 48 miles per hour and probably has an EEDI closer to 400. The estimated cost of this vessel may be $100 million. A 747 jet, that can carry 1/5th as much cargo, costs about $350 million.

By comparison the more traditional Washington state Olympic class ferries are 362 feet long and have a speed of 20 miles per hour with engines having 1/8th the power of the Benchijigua Express. The Washington ferries are still fast for a ship of their size.

As has been explained by economists and demonstrated by the numerous failures of state-run enterprises: government command and control of industry does not work. Bureaucrats pushing paper in some agency cannot control the operation of an industry efficiently. A light touch by regulators works best. Add the obsession with CO2 emissions and you have a recipe for economic disaster. The obsession with CO2 is dubious because the entire global warming theory is failing due to the lack of global warming for more than 18 years in the face of rapidly increasing CO2 emissions.

It may be significant that three of the most extreme environmental organizations — Greenpeace, WWF and Friends of the Earth — have official consultative status with the IMO. Perhaps these politically influential organizations have pressured the IMO to adopt hasty CO2 control policies.

The IMO is apparently determined to sacrifice fast ships on the altar of CO2. But there is an economic need for fast ships, as proven by the fact that fast ships are being built.

The shipping industry is cyclical. At times there is a shortage of shipping and rates are high, other times there is a surplus. The capacity of the industry can be increased by increasing steaming speed at the expense of fuel; likewise, capacity can be reduced by slow steaming with a considerable saving in fuel costs. If the option of pushing speed to surge capacity is outlawed, then increasing capacity will depend on the slow process of building more ships.

Ill-considered environmental regulations are a blight on the world economy. The cost is astronomical and the benefits are nil. We have the spectacle of the Obama administration destroying the coal industry in the name of CO2 limitation while promoting uneconomic wind and solar electricity. Dozens of other examples of wasteful and ineffective environmental regulations could be cited.