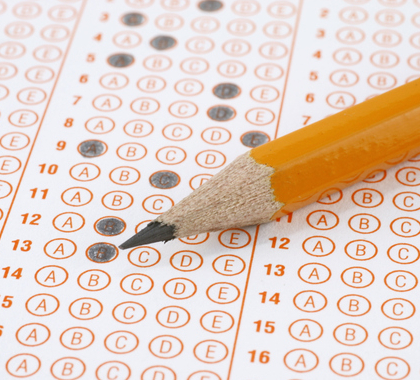 Common Core is a set of national standards dictating what students should know at the end of each grade level. In February 2016, lawmakers introduced Common Core repeal bills in the Michigan House and Senate. The House Education Committee did not undertake hearings on the House bill last year, and though the Senate bill passed the Senate Education Committee without amendment and with bipartisan support, the Senate failed to vote on the measure before the summer recess.

State Rep. Gary Glenn (R-Midland) introduced House Bill 4192 in February 2017. HB 4192 and its companion bill, Senate Bill 81, would repeal CCSS, replace Michigan’s standards with Massachusetts’ 2008-09 standards, grant local districts more power to implement curriculum “based upon the school district’s educational mission,” and “respect and support the ultimate right of a parent to opt his or her child out of public school, and out of any public school activity, practice, or testing that the parents finds unacceptable with no negative repercussions.”

As of late February, HB 4192 had 28 cosponsors: two Democrats and 26 Republicans. SB 81 had 16 cosponsors. Both bills have been referred to committee.

Glenn says CCSS had no evidence proving its worth.

“The so-called Common Core standards were adopted in Michigan with no actual test results to measure their effectiveness,” Glenn said. “The test results we’ve seen since show no improvement in student performance and, in fact, indicate that Michigan’s improvement in test scores is the worst in the nation.”

“This legislation would replace those unproven standards with the Massachusetts standards that were proven by actual test results to be the best in the nation in all measured categories,” Glenn said.

Melanie Kurdys, cofounder of Stop Common Core in Michigan, says although there is little public support for CCSS, politicians are afraid to run afoul of the education establishment.

“I have no idea if the bill can pass,” Kurdys said. “Even though voters in Michigan and across the country have been very clear that Common Core is bad, few politicians seem to have the backbone to stand up to big business and big education, and we have no indication that Gov. [Rick] Snyder (R) has changed his mind about supporting Common Core.”

“He believes in this passionately,” said Kurdys.

Glenn says his goal is to make Michigan an educational leader among the states.

“Michigan shouldn’t be known for being a ‘common’ state,” Glenn said. “We should aspire to have the same reputation Massachusetts has now, of having the best standards and best-performing students in the nation.”