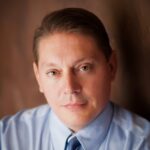 We will see how much of the U.S. scientific establishment is willing to have its reputation dragged into the gutter inhabited by the air pollution fraudsters.

I am writing to request that the New England Journal of Medicine retract the study entitled, “Air Pollution and Mortality in the Medicare Population” (NEJM Study) and the accompanying editorial “Air Pollution Still Kills” (NEJM Editorial), both of which appear in the June 29, 2017 issue. The basis for this request is scientific misconduct on the part of the study authors and editors.

The NEJM Study omits material information and data that contradict the its conclusions. The NEJM editorial is, then, the fruit of this poisonous tree.

Specifically, there is no mention of the existence of the contradictory findings of other high quality PM2.5/mortality epidemiologic studies despite knowledge by the authors/editors of their existence. Just some examples of recent significant contradictory findings include the following (Citation/Excerpt from Abstract/Comment):

Please note that NEJM Study funder HEI, NEJM Study author Dominici and yourself as NEJM editor-in-chief are aware of these contradictory findings, yet there is no mention or allusion to them in the NEJM Study or NEJM Editorial.

According to the standards for scientific misconduct applicable to studies funded by the Department of Health and Human Services established in 42 CFR Part 93 ⎯ Public Health Service Policies On Research Misconduct, “research misconduct” means:

…fabrication, falsification, or plagiarism in proposing, performing or reviewing research or in reporting research results.

(a) Fabrication is making up data or results and recording or reporting them.
(b) Falsification is manipulation research materials, equipment or processes or changing or omitting data or results such that the research is not accurately represented in the research record. [Emphasis added]
(c) Plagiarism is the appropriation of another person’s ideas, processes, results or words without giving appropriate credit.

Albert Einstein is credited with the observation that:

No amount of experimentation can ever prove me right; a single experiment can prove me wrong.

Regardless of the source of the quote, the thrust of the comment is axiomatic to science. It applies to the NEJM Study as follows: If PM2.5 kills, then it kills everywhere, in the same way, and all the time, and every study result should either be consistent with that hypothesis or be explained away as flawed or faulty.

There are many studies that fail to associate PM2.5 with death ⎯ e.g., the three studies cited above. But the NEJM Study and NEJM Editorial fail to mention or even allude to the existence of this contradictory evidence, let alone explain it away.

Although omission of the aforementioned significant contradictory evidence constitutes scientific misconduct on its own, there were other material omissions as well.

As every epidemiologist knows, epidemiology is merely statistical in nature and statistics cannot establish causation by themselves. As the U.S. Environmental Protection Agency, which is responsible for regulating PM2.5 in outdoor air, acknowledged to a federal court in litigation involving PM2.5:

[E]pidemiological studies do not generally provide direct evidence of causation; instead they indicate the existence or absence of a statistical relationship. Large population studies cannot assess the biological mechanisms that could explain how inhaling [PM2.5] can cause illness or death in susceptible individuals.

In addition to the absence of biological, medical, or other physical evidence supporting the notion that PM2.5 in outdoor air kills, there is a host of real-world evidence ranging from the smoking epidemiology to the epidemiology workers with high exposure to PM2.5 (e.g., coal miners) to other high, real-world PM2.5 exposures that plainly contradict the PM2.5-kills hypothesis. In short, if PM2.5 kills hundreds of thousands of Americans per year and millions around the world, as some claim, no physical evidence of this phenomenon has ever been produced.

The NEJM study (and NEJM editorial) also rely on a statistical precision that simply doesn’t exist in epidemiology because of unavoidable uncertainty surrounding the data. This is the “garbage-in, garbage-out” phenomenon.

While the NEJM Study pretends to condemn PM2.5 based on a hazard ratio on the order of 1.08, every professional epidemiologist knows that hazard ratios below the level of 2.0 are unreliable. This is has been a long-held view maintained by bodies such as the National Academy of Sciences, National Cancer Institute, World Health Organization and U.S. Food and Drug Administration. This principle was also embraced by Sir Austin Bradford Hill in his famed criteria for interpreting epidemiologic results.

The unreliable data problem is writ large in the NEJM Study as it, for example, lacks information on the cause of death for any individual in the Medicare population, relies entirely on guesstimated exposure data, and fails to consider confounding factors such as smoking, socioeconomic status and any of the other myriad potential competing risk factors for death.

All this key information is also omitted from the NEJM Study and NEJM Editorial.

There can be little doubt that the NEJM Study and NEJM editorial omit key information that would otherwise place the reported results in accurate context. Given that the NEJM Study was federally funded, these omissions constitute scientific misconduct under federal regulations. I am requesting that the NEJM Study and NEJM Editorial be immediately retracted.The politicized nature of the NEJM Editorial, which attacks President Trump by name concerning the unrelated issued of U.S. withdrawal from the Paris climate agreement, only underscores the “political science” nature of this sordid incident.

None of this is rocket science. It is a plain question of basic scientific integrity. You have placed your publication’s reputation in peril by publishing the NEJM Study and NEJM Editorial. I look forward to your prompt response. Please let me know if you require any more information.