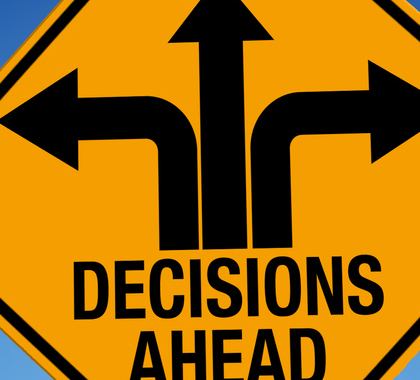 The election on November 8th was good for the school choice movement. As Corey DeAngelis, senior fellow at the American Federation for Children, explains, 76% of candidates supported by his organization won their election. Govs. Kim Reynolds (IA), Chris Sununu (NH), Kevin Stitt (OK), Bill Lee (TN) and Greg Abbott (TX) were victorious after making school choice a centerpiece of their campaigns.

In Florida, where there are four different private options for families, Gov. Ron DeSantis annihilated Charlie Crist, who drew a distinct line in the sand when he chose the president of Miami’s teachers union as his running mate. DeSantis not only won by almost 20 percentage points, he outperformed Crist by 13 points with Latino voters, according to exit polls. This should not come as a surprise, as 38% of students using the state’s largest private-school choice program are Hispanic.

While the above governors are all Republicans, some victorious Democrats had become education freedom advocates. Pennsylvania Attorney General Josh Shapiro was elected governor after campaigning hard for school choice. Also, Illinois J.D. Pritzker found religion and supported his state’s tax credit scholarship program during his campaign.

But the choicers weren’t the only ones claiming success on November 8th. After the election, the National Education Association crowed, “Educators, Parents, Students Won Big in Historic Midterm Elections.“

One of the union’s examples of success is Wisconsin Gov. Tony Evers, who defeated opponent Tim Michels, a businessman “who promoted vouchers and whitewashing the curriculum, stating during a rally in September that public schools ‘are indoctrinating our children’ in how they teach students about race and racism.”

All in all, the unions had some successes and school choice certainly had a good day. But as always, moves toward educational freedom don’t happen overnight and are state-specific. While children and their families have great opportunities in Florida, Arizona, West Virginia, etc., many other states are still under the thumb of the Teacher Union-Education Industrial Complex.

The unions recognize the growing choice movement and are trying to bridge the divide. In fact, the NEA insists that “Parents and Educators Want the Same Thing.” The union quotes an anonymous parent: “As attacks on public schools and teachers continue, parents and educators need to stand together to make sure students get what they need.”

But, just what do students need? Clearly students need an educational foundation that will help them become successful in later life, but that is not the primary concern of the teachers unions. Instead, unionistas are more concerned with advancing their social engineering agenda. A brief look at gender instruction is revelatory. In that realm, the students have many needs, say the unions.

The NEA maintains that children need a pronoun guide. A version supplied by the union explains that English has two sets of gendered pronouns: “she/her/hers” and “he/him/his” which are attached to a particular gender.” But the NEA says it’s “important to get out of the habit of assuming pronouns,” and instead, the guide suggests using such nonsense pronouns as “zim” and “zirself” so as not to offend anyone.

But how many parents think that their kids really need a pronoun guide?

The American Federation of Teachers is also pronoun-obsessed. The union has developed “pronoun cards” as a resource for teachers of all grade levels. The card provides students a space to write their “Government Name,” and then a space for the “Name you would like to be called in class.” Then the card gets into surreptitious territory. “Can I call you this name outside of class?” it asks, giving the student the option to indicate “Yes” or “No.”

I wonder how many parents are in favor of their child’s teacher possibly hiding a fictitious name from them?

At a California Teachers Association conference in 2021, an early childhood teacher explained that she uses an “age-appropriate gender unicorn” in her classroom, which includes content on sexuality and gender.

The teacher, Danita McCray, currently works as a child development teacher at an elementary school in the Sacramento City Unified District. She explains, “Now, early childhood is 0 to 8 years old, so that’s kind of like from preschool to third grade… And the focus… of this workshop is to provide you with positive strategies to support transgender and gender non-conforming children.”

When McCray was asked whether toddlers were too young for these conversations, she responded, “I’ve done research. I have got my doctorate degree. Children are not too young at five years old. Children understand gender as early as three years old.”

Could there be many (any?) parents who want their 3-year-old to be lectured on gender issues?

The list of teacher union anti-parent transgressions is endless, and I’m not even broaching the Critical Race Theory monster here. Thankfully, a growing number of moms and dads have come to understand that all too often parents and educators most definitely do not want the same thing.

It is important to note that many public school teachers who are parents understand that a government-run school may not be in the best interests of their own children. According to a survey released in 2016, Education Next found “no less than 20% of teachers with school age children, but only 13% of non-teachers, have sent one or more of their children to private school.” And not surprisingly, 42% of teachers who don’t send their kids to a traditional public school back vouchers, as compared to only 23% of the teachers who send their children to traditional public schools.

These results are similar to a 2004 Fordham Institute study which looked at 50 American cities and found that 21.5% of urban school teachers send their kids to private schools, while 17.5% of non-teachers do. Digging a little deeper, we learn that the disparity is greater for larger urban areas. In Philadelphia, 44% of public school teachers’ kids attend a private school, in Chicago it’s 39%, San Francisco-Oakland 34%, and New York 33%.

While school choice is a life saver for those who have that opportunity, there is not nearly enough of it. At this time, there are about 50 million kids in the nations’ public schools, but only 700,000 or so are in private choice programs. Hence 98.6% of American kids have little choice.

If parents live in a state where there is no school choice and the elected school board members at their zip-code mandated school have values don’t comport with the those of the parents, what can they do?

The only option then is for the parents to withdraw their kid from the government-run school, and either send them to a private school, or if money is an issue, homeschool.

In fact, homeschooling has almost doubled nationally since 2020. The Census Bureau reports that between 2012 and 2020, the number of homeschooling families remained steady at around 3.3%. But according to the National Home Education Research Institute, during the 2021-2022 school year, there were 3.135 million homeschool students in the U.S. or about 6% of the total.

The decision where children attend school must be left to parents, and not determined by the government.