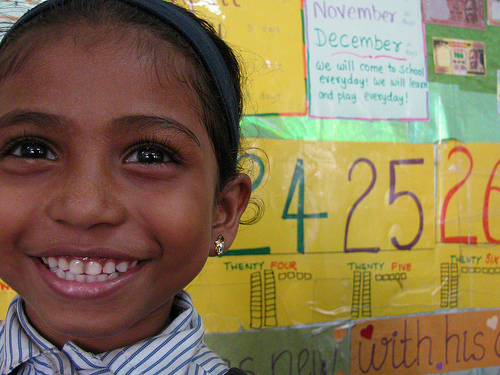 An Ohio legislator has offered a bill to grant low- and middle-class students school vouchers. Ohio already offers vouchers to some special-needs students and those in the state’s lowest-performing schools. House Bill 136 would offer school choice also to low-income families.

The program would be the second in the country, after Wisconsin’s recently expanded vouchers, to allow current private school students to receive the scholarships.

“[Ohio’s current voucher] systems are determined by what I call the ‘failing school model,'” said bill sponsor and state Rep. Matt Huffman (R-Lima). “It’s a false premise because a school that’s deemed failing can for a variety of reasons be serving some students well. If we want it to be truly choice we should base it on the ability of someone to pay, not geography.”

‘Lightning In a Bottle’
The bill as passed by the state House’s education committee would have granted vouchers to families with annual incomes up to $95,000 or less than 4.6 times the federal poverty line (currently $103,000 for a family of four), whichever is less. The voucher amount would vary by family income, from approximately $2,300 to $4,600, up to a student’s home district per-pupil state funding. In higher-income districts, that amount would be only several hundred dollaars.

“We’re wrestling with the amount of the voucher, source of those funds, and income limits,” he said, “trying to get the right combination for votes. It’s like trying to catch lightning in a bottle to get everyone to agree on one thing.”

The bill also requires a value-added analysis of voucher recipients’ test scores year over year to determine whether the program benefits students educationally.

“In Ohio for the first time this realizes that school choice is not available to families of limited means,” said Kaleigh Frazier, communications coordinator for School Choice Ohio (SCO), an advocacy group. “A lot of families are excited about the potential opportunities should this bill become a reality.”

Still, Huffman said he expects the bill to pass the Ohio House because of its “strong school choice caucus.”

Slots in Ohio’s EdChoice program, which grants vouchers to students in low-performing Ohio schools, rose from 14,000 to 30,000 in 2011-2012 and will increase to 60,000 in 2012-2013 under 2010 legislation. Huffman’s scholarships would be apportioned from this pool, but his legislation also requires increasing the scholarships available by one-quarter if applications are more than 90 percent the available number.

“HB 136 is building on the success we have seen with [Ohio’s] other voucher programs,” said Jason Warner, SCO’s government affairs coordinator. “Now is the time to take the next logical step forward and move away from the performance of the building and move towards a need basis, where we’re looking at the financial ability of the parent to provide for a school regardless of where that family lives.”

Opposition from Status Quo
Opposing the bill are Ohio’s two teachers unions and the state school board and administrators associations. They claim it would financially devastate local districts and stick public schools with only the worst students.

“It’s not the job of the public school superintendent to balance the budget of Ohio but secure funds for his district, so I wouldn’t expect him to say, ‘Go ahead and give kids other options to leave this district,'” Huffman responds. “It’s not my job to ensure one public school superintendent is happy, but to allow for parents and children to have the education the constitution mandates.”

Such objections ignore the important fact that education should be arranged to best benefit each student, not systems or the adults who work in them, Warner said.

“There are an awful lot of well-performing school districts out there, but not all students are meeting those same standards in those high-performing public schools,” he said. “We’re trying to provide all students, regardless of where they live and the quality of their district, the opportunity to improve on their learning experience.”

“In the end, it’s about a market concept: When there is more choice, quality goes up and price goes down,” Huffman said. “That’s the fundamental premise here.”