PRESS RELEASE: Bernie Sanders in 1981: Some Police Forces ‘Dominated by Fascists and Nazis’ The find was made this week by Heartland Institute Editorial Director and StoppingSocialism.com Editor-in-Chief Justin Haskins, who broke the news earlier today on the nationally syndicated Glenn Beck Radio Program.

In the June 12, 1981, issue of The Militant, Sanders, who had recently been elected the mayor of Burlington, Vermont, told a reporter for the paper in a “special interview” that some police forces “are dominated by fascists and Nazis,” also adding that some police in Burlington are “bad eggs.”

“We’ve got cops here,” Sanders told The Militant, “who are good trade unionists on all the regular trade union issues, and who also have a concern for young people. Probably the major crime problem we have in the city is with young people. They [the police] see the futility of arresting poor kids all the time and they want to get involved in some of the projects which we’re beginning to dent the surface on.”

The article then reports, “Sanders added that he knows that some police forces ‘are dominated by fascists and Nazis. … But on the other hand, here we have a police force—and we may well have our bad eggs too—but I don’t consider these guys who are making $10,000 a year as my enemies, as much as that may offend certain people in the left-wing movement.'”

According to The Militant, Sanders’ comments were made in reaction to concerns expressed by “some radicals”—a word often used at that time to describe socialists and communists, including Sanders himself—critical of the relatively high degree of support Sanders received from the local police in his 1980 mayoral campaign.

You can read a full report of the discovery and access the relevant issue of The Militant at StoppingSocialism.com.

The following statements from socialism experts at The Heartland Institute—a free-market think tank—may be used for attribution. For more comments, refer to the contact information below. To book a Heartland guest on your program, please contact Justin Haskins at [email protected] and Jim Lakely, Heartland’s communications director, at [email protected] or call/text his cell at 312/731-9364.

“These disturbing comments by Sen. Bernie Sanders serve as further proof that his ideological views are far more radical and dangerous than many in the Democratic Party are willing to admit.

“Sanders’ outrageous description of police officers as ‘Nazis’ and ‘fascists,’ along with his long track record of supporting authoritarian socialist and communist regimes in countries such as Cuba and Nicaragua, prove that Sanders’ commitment to Marxist principles far surpasses his love of the United States and those who have devoted their lives to protecting its communities.”

“The more we look into Bernie’s past, and the more we listen to the people aligned with Bernie today, the more it becomes clear Bernie Sanders is a radical socialist.

“If you think Bernie’s ambitions start and end with socializing the health care industry, you are sadly mistaken. His true objective has always been to fundamentally change American society to be in line with his Marxist values, which can only be achieved by increasing government’s control over society and expanding top-down central planning.” 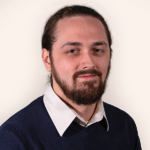 Donald Kendal is a graphic designer for The Heartland Institute, a research fellow for Heartland’s Socialism Research Center, and the host of Heartland’s In the Tank Podcast and Stopping Socialism TV.