“You don’t just have a partner in the White House, you’ll have an NEA member in the White House.” Referring to his wife Jill, presidential hopeful Joe Biden uttered those words at the virtual National Education Association convention in early July. He also expressed dissatisfaction with charter schools and said he wanted to triple funding for Title I schools, higher pay for educators, universal pre-k, etc. – all music to the ears of the teacher union faithful.

But as we all know, if elected, Mr. Biden will not be POTUS for long. The man is firmly entrenched on Senility Street, and his legendary gaffes have turned positively daft. When Biden – willingly or otherwise – steps aside, the reins would then be in the hands of Vice President Kamala Harris.

After Biden announced his VP choice, the National Education Association referred to the duo as the “Dream Team” and posted “6 reasons educators are excited about Kamala Harris.” It’s all the usual stuff – increasing k-12 funding, defaming current Education Secretary Betsy DeVos, asserting that “vouchers divert public school funding,” etc. Yup, all the gooey twaddle that does nothing at all for kids, but does get the NEA elite and their flock really excited.

More than anything, Harris has inserted herself as the Wizard of Ed, with all goodies flowing from the White House. The fact that federal programs like No Child Left Behind, Race to the Top and Head Start were all ridiculously expensive and accomplished little, if anything, seems to be if no interest to her.
Teacher salaries are a big issue for Harris. In 2019, she proclaimed that “the United States is facing a teacher pay crisis.” Her evidence? “Public school teachers earn 11 percent less than professionals with similar educations (sic).” Her solution is to give teachers across the country an average yearly $13,500 pay bump.

The low teacher pay fabrication has been exploded more times than Wile E. Coyote. Teachers do indeed make less than some other professionals, but there are valid reasons for that.

The low teacher pay fabrication has been exploded more times than Wile E. Coyote. Teachers do indeed make less than some other professionals, but there are valid reasons for that. According to U.S. Bureau of Labor Statistics, teachers work on average 1,398 hours per year, whereas lawyers put in 2,036 hours per annum, almost 50 percent more time on the job. Dentists (1,998 hours/year) and accountants (2,074 hours/year) also work many more hours than teachers.

Additionally, salaries alone are not the whole story, as they don’t include the extraordinary perks that most teachers receive. When healthcare and pension packages are included, teachers are actually overpaid, according to a study by researchers Andrew Biggs and Jason Richwine. They found that workers who switch from non-teaching jobs to teaching jobs “receive a wage increase of roughly 9 percent, while teachers who change to non-teaching jobs see their wages decrease by approximately 3 percent.”

The cost of Harris’ teacher pay plan would be prohibitive. As Mike Antonucci points out, the raise would cost taxpayers about $42 billion a year. Not only that, but teacher pensions are typically based on average salary over a period of time. This will greatly stress already underfunded state pension systems.

When Harris was running as a presidential candidate, school desegregation was a key issue. While short on specifics, she did say that busing was an important component and wanted resources for it. But busing has never been popular or effective, except to racial bean counters whose agenda has no room for educational quality. Children can spend hours on a bus, gaining nothing academically by doing so. To achieve greater integration and educational excellence, let’s get rid of the zip code-mandated government-run education system we have throughout most of the country. Since most neighborhoods are not well integrated, neither are the schools. But opening up a system of universal choice would allow parents to expand their education options. In fact, researcher Greg Forster reports that ten empirical studies have examined private school choice programs on segregation and nine found the programs reduced it, while one found no visible difference.

A recent American Federation for Children poll conducted by Beck Research, a Democratic polling firm, reveals that nationally 73 percent of Latinos and 67 percent of African-Americans back “the broad concept of school choice.”

Not surprisingly, Harris and her union friends are mum on these inconvenient facts.

Another idea from Harris that has the unionistas all atwitter is her calling for a federal ban on right-to-work laws, declaring, “I’d use my executive authority to make sure barriers are not in place to do the advocacy (unions) need to do.” Sounds as if, with the stroke of a pen she would try to knock out right-to-work laws for private sector workers in 27 states, as well as similar protections for government workers in all 50 states courtesy of the U.S. Supreme Court’s Janus decision. Of course, right-to-work laws have nothing to do with “barriers.” Unions are still allowed to function, but forcing workers to pay dues is not legal.

Both Biden and Harris have said they would pick a teacher to be their Secretary of Education. Randi Weingarten, as a former teacher – albeit briefly – and union leader, certainly fits their requirements. If that doesn’t frighten you, nothing will. 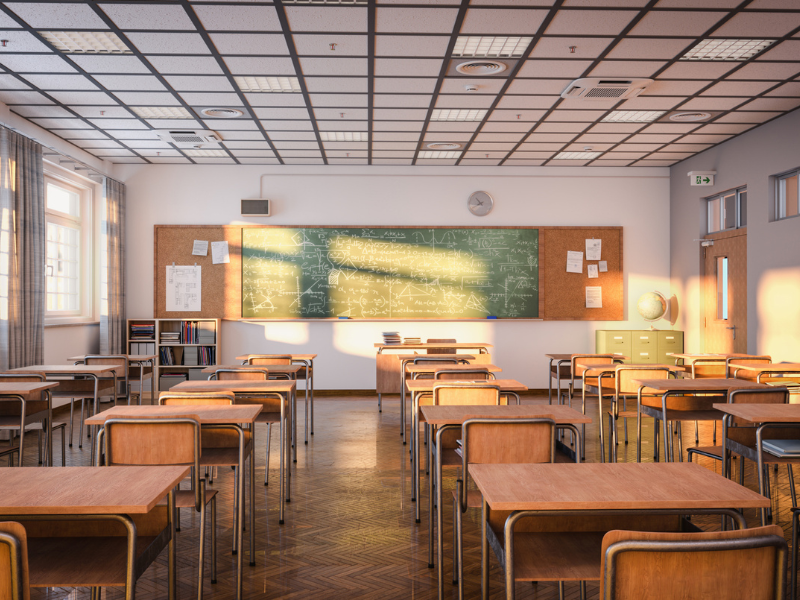