On Saturday, the U.S. Senate passed 51–49 its long awaited Tax Cuts and Jobs Act. The $1.4 trillion tax cut legislation must now be reconciled with the U.S. House’s tax cut bill of the same name. Congressional leadership says its goal is to have a final bill approved by Christmas.

The full 429-page document can be found here.

The following statements from budget and tax experts at The Heartland Institute – an independent think tank – may be used for attribution. For more comments, refer to the contact information below. To book a Heartland guest on your program, please contact Media Specialist Billy Aouste by e-mail at [email protected] or by phone at 312/377-4000 or (cell) 847/445-7554.

“For decades now, America has been hamstrung by a failed, corrupt tax system. With the Senate’s passage of Republicans’ tax reform legislation, America’s workers and businesses are one step closer to draining the swamp in Washington, DC and getting the U.S. economy back on track.”

“Just in time for Christmas, the U.S. Senate’s approval of the Tax Cuts and Jobs Act is one of the best gifts taxpayers will find under their tree this year – or even during their lifetimes. By lowering the corporate tax rate and reducing everyone’s marginal tax rates, the bill will unleash the American economic engine and reward success and prosperity, instead of punishing it.

“The Tax Cuts and Jobs Act is exactly what we need to restore U.S. economic prosperity after nearly a decade of malaise caused by failed tax-and-spend policies. The sooner the conference committee hammers out a version of the bill both the House and Senate can agree on, the sooner working hard and succeeding in life will pay off for all Americans.”

“Melania Trump has adorned the White House this Christmas season with elegance. Meanwhile, over in the Capitol, we saw Senators adorning a Christmas tree of tax reform with all kinds of decorations.

“Twenty percent for the C-corp, the trust fund, and money pass-throughed. Zero brackets and child credits, that in seven years will have to be renewed. Phase-ins, phase-outs, and special provisions galore, in the hope that in two years we’ll be back for some more. ‘And on top of it all,’ Mitch McConnell said with a squeal, ‘something we couldn’t get on its own: skinny repeal.'”

“The tax cut bill is great news for the economy. If the conference bill makes the corporate tax cut effective in 2018 and eliminates the Obamacare mandate, it will be the best Christmas present Americans could hope to receive.”

“Retaining the alternative minimum tax in any form is a mistake. As was the case with the original AMT, this is an invitation for future Congresses to sell favors and exemptions, and it flies in the face of the very concept of ‘simplification,’ which Republicans have long been promising.”

“It is refreshing to see Senate Republicans pass a tax bill. It took almost a year, but they actually accomplished something meaningful! Conversely, it is sad Democrats are so indifferent to the needs of their constituents and so beholden to special interests.

“We can argue of the need to ‘pay for’ tax cuts when pork and other spending bills apparently do not need to be paid for. We can shake our heads that inside the Beltway, a tax cut is referred to as ‘spending.’ And we can complain that there is no serious effort to cut government spending. But for now, I look forward to watching Congress reconcile the House and Senate bills, and I am hoping that in the end, Americans will have the chance to keep more of their hard-earned money in their pockets, where it belongs.”

“The Senate tax cut bill is better than the House version in at least one way: It rescinds Obamacare penalties for not buying unwanted health insurance. But it is worse than the House bill for several reasons: It has seven income tax brackets rather than the House’s four. The personal tax rate cuts are temporary, while they are permanent in the House bill. The cut in the corporate rate is postponed until 2019, instead of taking effect in 2018. (This is especially ill-advised because much economic activity will be postponed until 2019.) And the Senate bill doesn’t kill the death tax.

“The Tax Cuts and Jobs Act is a significant step forward in improving the U.S. tax code. Nearly every economist will attest to the benefits of lowering marginal tax rates and increasing the tax base. This bill does just that. Many taxpayers will be able to simply use the increased standard deduction rather than maneuvering through myriad rules for deductions. Eliminating some of these deductions will be offset by the lowered rate and increased standard deduction. Reducing the corporate income tax rate will help to improve the international competitiveness of America’s corporations.

“The U.S. economy will greatly benefit from passage of the act.”

“If you are against the following, please don’t let the tax bill pass: (1) The bill would effectively end the individual health insurance mandate. (2) The amount of standard deductions would increase, and after-tax individual wages would rise. (3) The corporate tax rate would be reduced significantly, increasing investment for businesses. (4) Offshore profits would be repatriated. (5) The tax code would be simplified.”

“While the politics of the tax bill is noisy, the leading economic principle is clear: The corporate tax rate reduction will incentivize American firms to stay here and compete globally. Critics who have pointed to the build-up of corporate cash from profit as a reason to keep rates high are too shortsighted. Looking backward to 2008, these firms have developed a respect for a cash cushion. Looking forward to 2028, they will now see more profitable opportunities at the margin for investment in U.S. capital and contribute to higher growth rates for the nation.” Howard L. Simons is president of Rosewood Trading (AKA Simons Research), a trading consultant and the author of “The Dynamic Option Selection System.” Charles W. Baird received his Ph.D. from the University of California, Berkeley in 1968. He then spent five years on the faculty at UCLA where, he says, he actually learned economics, mainly from Armen Alchian. Dr. Wolfram is the William E. Professor Keating is Professor of Business Economics at the University of Notre Dame.

Russ McCullough is the Wayne Angell Chair of Economics at Ottawa University in Kansas. He joined OU in 2011 coming from Iowa State University where he earned his PhD in Public Economics and taught classes while pursuing many entrepreneurial endeavors. 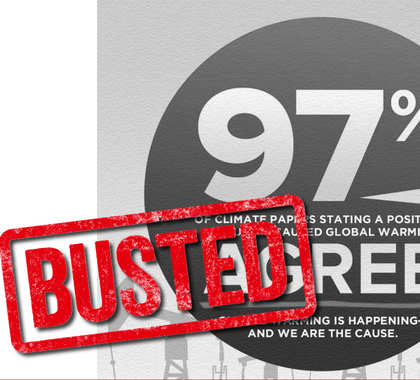